Our Vision
Our vision is that individuals everywhere will provide a positive presence and to get involved with activities that make the world better for everyone.

Our Mission
Individuals Providing A Positive Presence (IPPP) supports communities of philanthropy where people are encouraged to provide a positive presence in the global community through local actions. 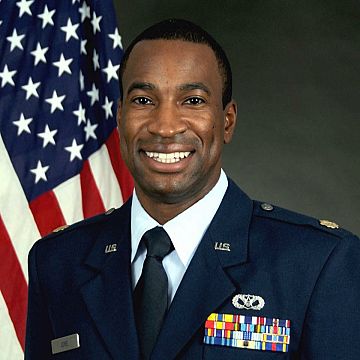 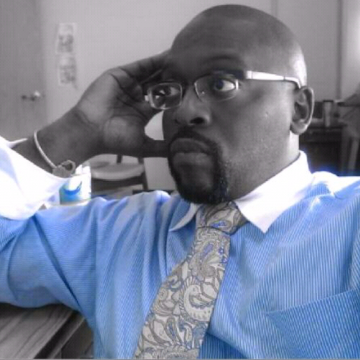 Dwayne Morrow, Jr. is a graduate of Tennessee State University with a Bachelor of Science in Political Science.

He has served in various community education roles over the last 18 years. He started his career in 1997 as a Caregiver for the YMCA of Middle, TN.  There he provided care to youth who attended the YMCA before and after school programs. He continued his career working with the community as an employee of Boy Scouts of America and as a member of the Collegiate 100 Black Men of Middle TN. As a member of the Collegiate 100 Black Men, Mr. Morrow was the Chair of the after school mentoring program where he established tutoring and mentoring programs with 5 middle schools in Nashville, TN. In 2004, he went to work for Hermitage Hall, a juvenile behavioral health facility, as a senior counselor. There he was responsible for supervising the behavioral management staff, hiring and training new employees, and teaching classes on crisis prevention and verbal de-escalation.

After moving to Houston in 2007 to be closer to his future wife, he joined AIDS Foundation Houston as the Community Outreach and Education Coordinator. His duties included coordination of programs, clients, and outreach, facilitation of groups, providing one on one counseling, testing, and also preparation and timely submission of monthly and quarterly reports to various funding streams.  In 2010, he was promoted to Program Manager and given the responsibility of overseeing five governmental grants and managing 12 staff. Throughout his time at AFH, Mr. Morrow developed his knowledge of nonprofit programs, organizational structure, finance, and fundraising. He brings that knowledge to Individuals Providing a Positive Presence (IPPP).

Mr. Morrow has a passion for community education and advocacy.  He is a passionate speaker on the topic of HIV prevention and has presented on HIV prevention programs at several national and international conferences. He is a proven leader in the field of HIV and was a fellow of the CDC’s Institute of HIV Prevention Leadership in 2010. He serves as the national co-chair of the Heterosexual Men of Color Coalition, a group aimed at raising awareness about HIV prevention among heterosexual men. He believes that information is the key to helping stop the spread of the HIV and other STD's.

Robert A. Jobe is a native of Nashville, TN. Born, raised and educated in North Nashville, he graduated with honors from Martin Luther King Jr. Magnet High School. He holds a Bachelor of Science degree in Mechanical Engineering from Tennessee State University, a Master of Science degree in Industrial and Systems Engineering from Auburn University, and a Master of Science degree in Law from Champlain College. Upon graduation from Tennessee State, Robert commissioned into the US Air Force through the ROTC program. Robert distinguishedly served for 6 years as a developmental engineer in electronic warfare and an air battle damage repair engineer on fighters and bomber aircraft platforms before separating at the rank of Captain. During his tenure with the Air Force, he received numerous service medals and professional recognition for outstanding service including Air Force Commendation Medal, Tuskegee Airman Military Award, Integrated Product Team, and Black Engineer of the Year Modern-Day Technology Leader Award.

After leaving active duty service, Robert re-entered the engineering career field working with Lockheed Martin Corp and Reckitt-Benckiser before launching his own engineering consulting firm, E=MS2, specializing in business and manufacturing leadership and workforce development solutions. He also continues to serve his country in the military as a civil engineering officer with the Illinois Air National Guard at the rank of Major.

An avid and devoted pillar to his community, Robert has volunteered and served on the board of numerous community organizations in TN, FL, GA, AL and MS such as Girls, Inc. and YMCA of Middle Tennessee Black Achievers. He has life memberships in NAACP, Kappa Alpha Psi Fraternity, Inc., National Society of Black Engineers, and National Society of Military Engineers.

Jamal Hutchinson graduated from Tennessee State University (TSU) with a bachelor degree in Architecture Engineering. During his matriculation at TSU he was active in several organizations. It was there that he found his passion for working with the community and dealing with disparities. After graduation, he decided to pursue a career that focused on community development and education. He earned two masters. One degree in Public Administration and a degree in Teaching and Learning.  His last degree is an educational specialist degree in education. He has worked as a child advocate, program assistant for a young Black male initiative, family case manager, teacher, an academic coach, and a male involvement coordinator. Mr. Hutchinson has served on the board of All The Kings Men, Inc., whose purpose is to reduce the contact of your black males and minorities with Juvenile Court. He is a member of Alpha Phi Alpha Fraternity, Inc., and served as the chairperson of the Men's Health Coalition of Middle TN.

At Fisk University, Mr. Hutchinson is using his skills to work with students on academic probation and warning, and students with various disabilities. He is also the program director for the Men of Color initiative.